A Mobile Virtual Network Operator (“MVNO”) is a company that offers mobile telephone service by reselling the mobile services of another carrier, usually with certain limitations, but at a lower cost. In the U.S., there are MVNOs that resell AT&T, T-Mobile, Sprint, and Verizon services at a lower cost than you can obtain service directly from any of them. Although the MVNOs often offer services at a lower price, there are usually some differences between the services provided by an MVNO and the services provided by the major carriers.

AT&T, T-Mobile, Sprint, and Verizon each have roaming agreements that allow you to use someone else’s network in areas that they don’t service. For example, if you sign up with Sprint and you roam outside of Sprint’s relatively small nationwide CDMA network, you can make calls using Verizon’s CDMA network at no extra charge. AT&T and T-Mobile have similar agreements with smaller regional GSM carriers, and with each other. Even Verizon has roaming agreements with certain rural CDMA carriers where it has no coverage itself.

Many of the MVNOs do not have these same roaming agreements. Some of the MVNOs limit their customers to their underlying carrier’s towers only. Others allow roaming for voice calls, but not data.

If you live in an urban area where the MVNO’s underlying carrier has good coverage, and you don’t mind the possibility of slower data, an MVNO might be a good idea, and might save you a lot of money.

Here are a few examples wireless companies that operate as MVNO’s:

Verizon MVNO’s” Page Plus and NET10 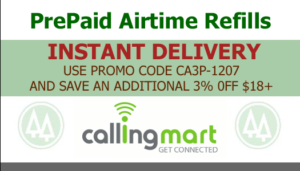